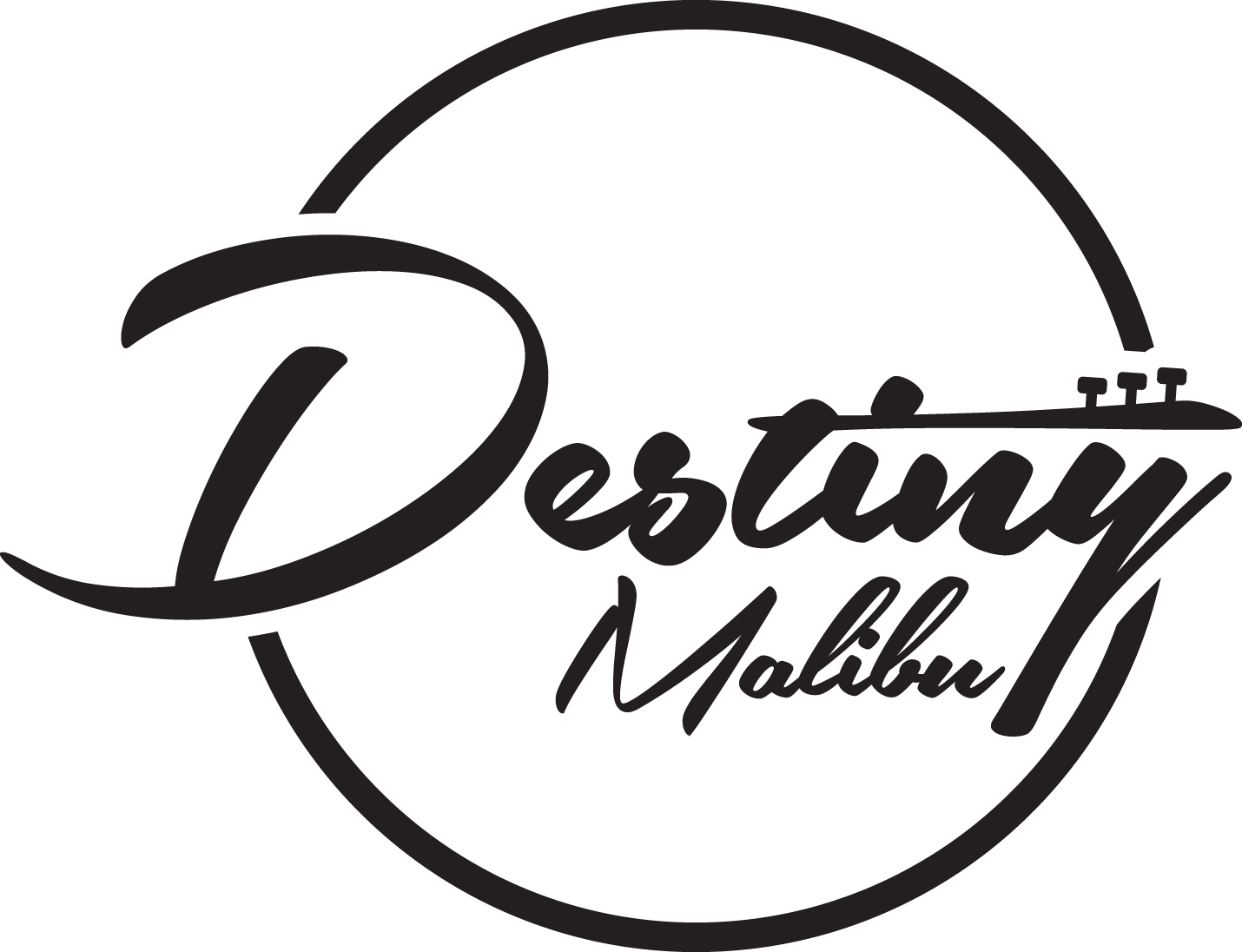 "Kissed by an Angel", "Sweet Persuasion", and "Out of the Shadows" are an eclectic and diverse collection of albums truly showcasing Destiny's ability to embody a range of styles as both a songwriter and artist.


All original songs written and performed by Destiny Malibu, her 3 albums all transport you to a different emotional space as you listen.

"Kissed by an Angel" is a compilation album of Destiny's first 10 singles, and is a tribute to her growing fan-base that she lovingly refers to as "Angels".

"Out of the Shadows", a mental health focused album, is meant to soothe, ease, and relax your soul, as it navigates you through the journey of finding peace despite struggles with mental health, addiction, or loss.

"Sweet Persuasion" is a high energy album that you can dance to for an instant burst of endorphins, fun, and family friendly entertainment. The album is a collection of high-energy, positive, soulful, chart-worthy pop songs. Destiny Malibu, known for her genre blending compositions, adds flavors of EDM, R&B, Soul, Rap, Country and Spanish to this powerful Pop Album.

With musicality similar to the likes of Justin Bieber, Halsey, Selena Gomez, Camila Cabello, Britney Spears, Beyonce, Rihanna, Taylor Swift, Ed Sheeran, and Adele, "In 'Sweet Persuasion', Destiny Malibu will make it certain for anyone who is listening that she isn't to be questioned in this next phase of her budding career - she's ready for the primetime stage, and that's made abundantly clear to us inside of this track's first thirty-five seconds" - Mindy Mccall (Indie Pulse Music)

Destiny is currently in the studio working on new music for 2021!

Join her on Instagram for a DAILY LIVE STREAM

where she answers fan questions and sings acoustic songs LIVE with her angel squad:

Watch Destiny's previous livestreams from Lake Las Vegas with her partners including Sirius XM on her website: https://destinymalibu.com/live

ABOUT DESTINY MALIBU: A THOUGHTFUL VOICE

So began the journey of a girl named Destiny, who seems to have been, yes, destined to become a musical artist.  Destiny’s job was to recite the pledge of allegiance and sing backup for a 911-tribute song being performed by her mother, a recording artist with a successful Latin band.

That day still resonates in Destiny’s soulful and energetic vocal style.  But though her love affair with music began with a performance, it did not end there.  Her mother saw to it that Destiny understood music at a fundamental level.  As a young teen, Destiny was trained to think in terms of musical and narrative structure when she listened to popular songs.  Her natural creative instincts ignited a love affair with song writing, and it is still the core passion that drives her career.  Her writing talent was evident early, and she won multiple, consecutive songwriting contests as a high school student.

So it was as a songwriter that Destiny’s professional career would begin.  She opted for independent studies in her senior year of high school in order to take a job as a songwriter for Burnett Music Group.  As a writer, Destiny developed a hopeful and uplifting style that reflects her caring and deeply empathetic nature.  She has a keen ear for music, but perhaps an equally keen sense for the quiet suffering of people around her.  This sense of awareness and responsibility has come to inhabit her music.

Since then, Destiny has been writing, recording, and releasing music at a dizzying pace and touring internationally.  She is an American Idol Alum and performed an original song on the show.  She has performed at such renowned venues as the House of Blues and Viper Room in LA, as well as high profile festivals such as Texas Rockfest and the Florida Music Festival.  She has recently begun to push creative boundaries, experimenting with Spanish-language songs that honor the Latin roots she owes to her mother.  She will resume touring traveling across the USA on

her 45-foot tour bus soon.  She has formed partnerships with organizations that fit with her passion to contribute to the mental health and well-being of others, including an initiative with the American Heart Association to spread awareness of heart disease among young people.